From Peter Lloyd a member of St Andrew’s Church in Valetta, Malta,

Just back from the funeral of the 24 young men whose unidentified bodies were recovered from the recent drowning of some 800 or so migrants in the Mediterranean. It was held in a large tent outside the morgue at Mater Dei Hospital in the presence of the great and the good of Maltese Society.

First impressions were the huge numbers of bouquets of flowers on the paths approaching the tent and reading the many cards of sympathy. Then the arrival of the coffins. I have never been to a funeral for more than one person before and seeing the soldiers bringing the coffins in with groups of four reminded me of the sheer numbers who have lost their lives both in this and other incidents in the Mediterranean. As the coffins came in the Muslim women began their traditional wailing which close up is very emotional. Then in the midst of the brown coffins there was one white one, I presume for a boy rather than an adult. We had music from a harp and a bugle lament and then readings and prayers from the Imam and the Bishop of Gozo who spoke well taking as his text the Good Samaritan. Coming out you there was the scent of all the flowers.

As we left the there was a queue of some six hearses waiting to take the coffins for the private burial at the cemetery.

Last night there was a silent march in Sliema of some 1,000 carrying candles and remembering the dead. I could not make it as we were doing our regular English language teaching to migrants in the International Centre but I kept looking at the young men arriving for the language class who we now know and thinking that they were no different from those who had drowned and it could have been them 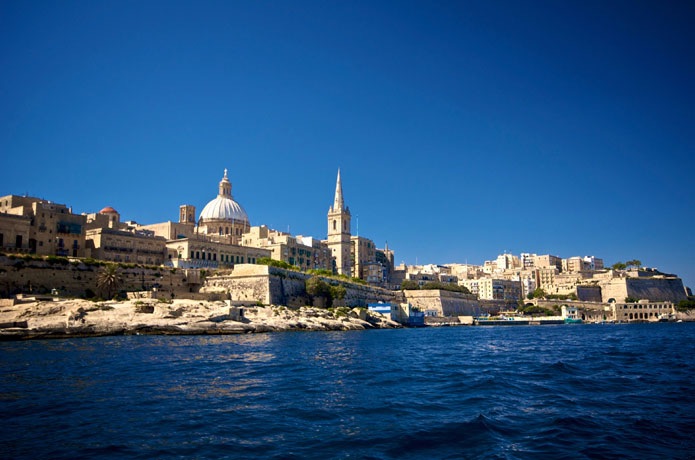