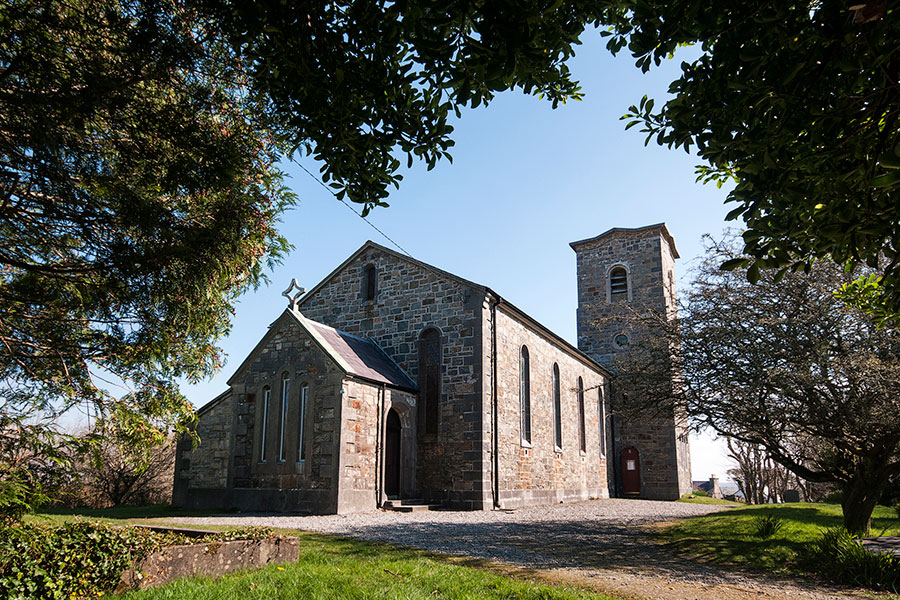 Roundstone was founded  in the 1820s by Alexander Nimmo, a Scottish engineer responsible for building many of the roads and piers in Connemara.

He encouraged his fellow countrymen to settle and develop the fishing industry, and a presbyterian kirk was built in 1840. It was demolished in 1930.

The Church of Ireland was consecrated in 1843. It was renovated in 1891 by Canon McCormick DD, who also added the tower, chancel and porch, and built the rectory. He was rector for over 40 years and a major influence in the area. At the time of the royal visit in 1903, he successfully petitioned the king to grant a pardon to a man about to be hanged.

The parish became part of the Omey group in 1955, when the rectory was sold off. The second font in the porch came from the ruined church at Moyrus. Electricity was installed in 1967, when the chancel windows were replaced. The roof was replaced in 1971. Any money which could not be raised by way of loan or grant was raised by a series of Twilight Robberies inspired by Betty Robb, whose husband, Donald, was Secretary, Treasurer and Organist for many years.

In 2000 oil fired heating was installed, and a boiler house built. The old turf  boiler having been long out of service. In recent years a new roof has been put on the tower, and a wooden floor replaced, so that access to the belfry is safer, although there is still a problem with damp from the old masonry. A family of choughs have been nesting there for many years, and parishioners welcome these rare and beautiful birds.

St Mary’s has only a small resident congregation, but is well supported by numerous visitors in the holiday season. 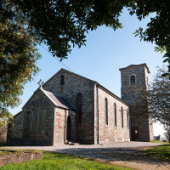 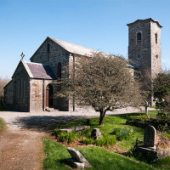 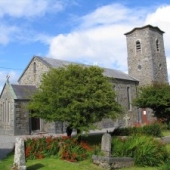 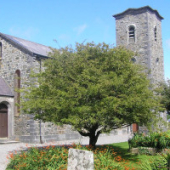 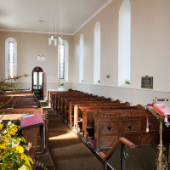 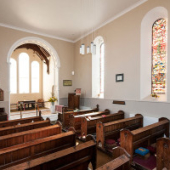 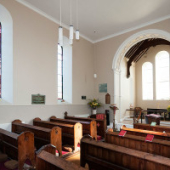 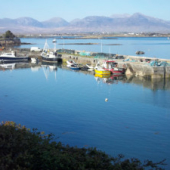 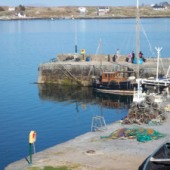